Irish-owned software company PEMAC is gearing up for international expansion, having invested several million euro in a new web-based computer maintenance management platform the pharmaceutical, food and beverage sectors. The Cork company is believed to have ploughed in the region of €4million into developing the platform over six years with support from state agency Enterprise Ireland.

PEMAC’s Managing Director, Noel O’Regan, established the company in 2009, having acquired a division of project management group PM that sold computer software to simplify maintenance management in manufacturing facilities. “We have basically turned that service company into a software company, because we had the business knowledge to do it.” said O’Regan. “When I took on the company we were in recession and the building industry in Ireland had more or less fallen apart. That allowed me to focus on recruiting people with the business knowledge we would need to build the new platform. We understood profoundly verticals like the food industry, pharmaceutical and beverage.”

“We are in the final throes of signing a deal with one global company here in Ireland. That deal will take us from one site in Ireland to their 27 sites worldwide,” said O’Regan. “That’s just one company, but because we now have this web-based platform that can be completely localised in terms of languages and currencies, we are ready to internationalise.” O’Regan said PEMAC’s focus to date had been on software development, but that the primary driver for the company now had switched to Sales and Marketing. “There is a direct market available to us in Ireland and Britain. In other jurisdictions, we want to build a network of international partners and resellers,” he said. 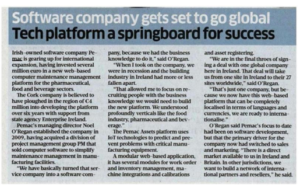 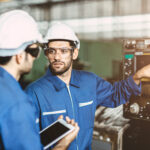 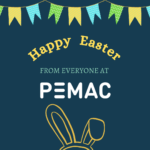 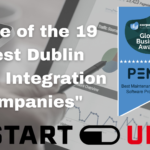