Our key focus in this Release was our Mobile offering, and specifically making PEMAC Assets available on mobile when the device is in Offline mode. We understand that online access is not always available. For example, Food Manufacturers may have staff working outside with no network access, and larger Manufacturing Plants often lose access deeper into the production facility. With PEMAC Assets now available offline, tracking and recording activities does not have to stop.

PEMAC Asset Mobile Users can manually switch to offline mode, or if connectivity drops they will be prompted to switch offline. Once back online, all data is automatically synchronised ensuring accuracy of records. There are also additional fail-safes such as automatically locking jobs that have been taken offline for Online users, ensuring no duplication of work.

Below are some of the features which are available offline –

A Camera icon has now been added to the Job Screen allowing photos to be taken and uploaded to the job. This will remain stored in History as a future reference also. 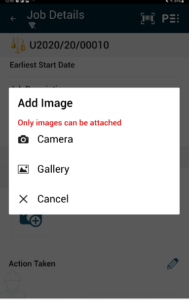 Further features such as placing jobs on hold, changing resources and additional trade filters have also been added to mobile.

Maintenance – A number of new additions have been made to the Maintenance Module in this release – new fields, KPIs and Scheduler functions to aid daily operations.

PEMAC FORMS is a highly configurable product which enables 100% paperless operations by:

For Customers using PEMAC Forms integrated with PEMAC Assets, there have been two updates to Standard Actions.

A standard action is where a Form can trigger an activity in PEMAC Assets when it reaches a defined stage.

Updating Asset Fields –  A new action called ‘Update fields on an Asset’ has been added allowing Maintenance Managers to approve any proposed Asset changes before they are actually completed – overall better control.

Updating Work Order Status – Two further new actions have been added to Forms allowing Users to take Work Orders on or off Hold using Form Approval giving more control on Maintenance jobs. Eg: A Permit form can put a job on hold and then release it once the permit is approved.

These are just some of the updates from PEMAC Assets Release 2.8.

Contact us to discuss any of the Release updates further. 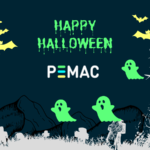 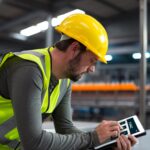 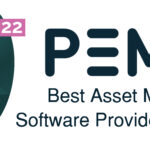